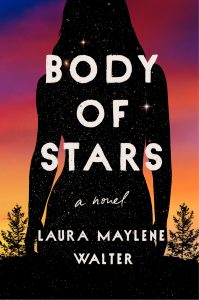 A bold and dazzling exploration of fate and female agency in a world very similar to our own—except that the markings on women’s bodies reveal the future. Pre-order from Mac’s Backs, Loganberry, Bookshop, Amazon, B&N, and other major retailers.

Tinyletter
Subscribe to a free monthly newsletter about fate & fiction: Written in the Stars