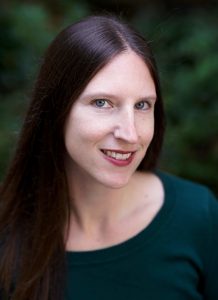 Laura Maylene Walter is a writer and editor in Cleveland. Her debut novel, BODY OF STARS, is forthcoming from Dutton. Her writing has appeared or is forthcoming in Poets & Writers, Kenyon Review, The Sun, The Master’s Review, Ninth Letter, Michigan Quarterly Review, The Southeast Review, Chicago Tribune‘s Printers Row, and many other publications.

Laura has been a Yaddo Fellow, a Tin House Writers’ Workshop Fiction Scholar, and a writer-in-residence at the Chautauqua Institution, Art Omi: Writers, and the former Writers in the Heartland. She is the recipient of the Ohioana Library Association’s 2011 Walter Rumsey Marvin grant and the 2010 G.S. Sharat Chandra Prize for Short Fiction. Her debut short story collection, Living Arrangements (BkMk Press 2011), won a national gold IPPY award and a silver Foreword Book of the Year award.

Laura grew up in Lancaster, PA. She studied literature and creative writing at Washington College, where she received the Sophie Kerr Prize, the nation’s largest undergraduate literary award. She worked in several nonprofit positions and as the senior editor of a trade magazine prior to pursuing her MFA in fiction at Bowling Green State University, where she taught creative writing and composition, served as the fiction editor of Mid-American Review, and coordinated Winter Wheat: The Mid-American Review Festival of Writing.

Currently, Laura works in Cleveland Public Library’s Marketing & Communications department as a writer and editor. She also leads writing workshops for Literary Cleveland and Cuyahoga County Public Library, is a Kenyon Review blogger, serves as editor-in-chief of Literary Cleveland’s Gordon Square Review, is a contributing editor of Cherry Tree, and is a freelance writer and editor.